Not going to write a bit of archaeology on this article. The adventure part? Of course. Existence of Aliens? Who knows? 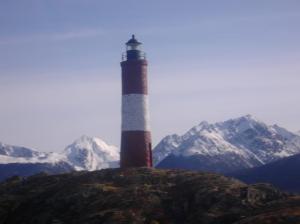 The Lighthouse at the End of the World, Ushuaia, Tierra del Fuego, Argentina

After I spent time investigating ancient sites in Peru and Bolivia, I headed down to the Chilean border towards Ushuaia, Tierra del Fuego, Argentina, the tip of South America, also known as the town of “El Fin del Mundo” (End of the World) and this place is also known as the most active gateway to Antarctica. 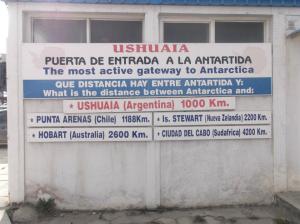 Distance signs outside the port of entry.

The first plan was to to work at a ship headed to the Antarctic Peninsula for whatever task I was given, just as long as it pays for the excursion, as a visit to the continent is not cheap at all for a budget backpacker like moi. A 10-day trip can cost over 5 grand plus expenses like beer at the ship’s bar is not free. They were not accepting applicants at that time when I went. Well, at least I tried. So, I switched to Plan B where I had to use up the dough that I saved up for the trip anyway and booked it with no reservations at a local tour agency at the town center called Ashuana Viajes, operated by Antarpply Expeditions. 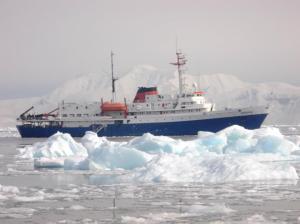 Our ship, the M/V Ushuaia anchored, also shares the same name of the town.

Before getting to Antarctica, it takes two days to cross the dreaded Drake’s passage where the warmer waters of the Pacific meet with the rough Atlantic waves. I served a few years of sea time with the US Navy onboard fast Cruisers and this voyage had the roughest pitch (up and down movement at the front of the ship) as we sped through. Barf bags on the ready shipmates. 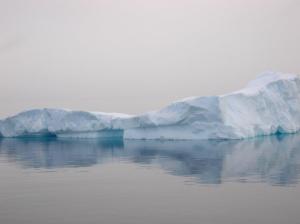 What comes to mind when we think about the southernmost continent? A frozen inhospitable wasteland, double the size of Australia, spanning 14,000,000 square kilometers, surrounded by iceberg-filled waters, high wind speeds (usually at 200kph) that can be quite painful without proper thermal clothing. 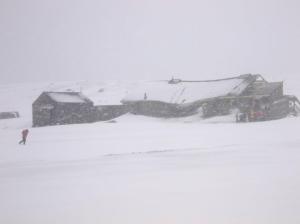 Strong winds all the time. Wearing layers of thermal clothing is a must.

Why would I want to go to Antarctica? I like going to colder places every chance I get in my travels. I lived in the Philippines, Australia, Southern California in San Diego, where I used to live 15 minutes from the Mexican border. Needless to say, I get more than my fair share of sol-shine. Going somewhere new makes travel more interesting I think and is well worth it. 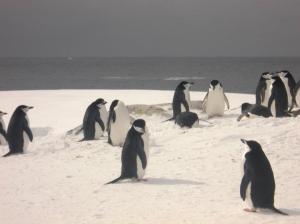 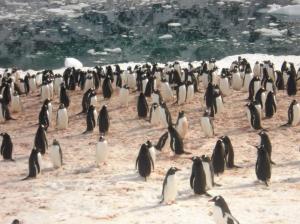 It was also my goal that time to step foot on all seven continents before I turned 30 the following year. This was my sixth one. Plus, who wouldn’t want to see Happy Feet in its natural habitat at the most pristine place on the planet? I thought they were livelier there rather than being at Sea World. 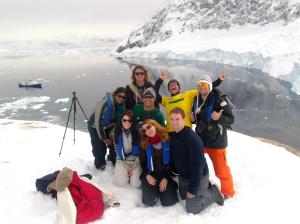 Adventure amigos from all over the world! 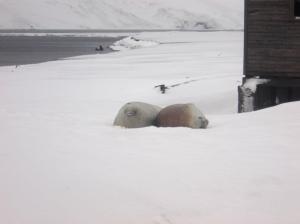 It was awesome to share the experience with new friends and see National Geographic material as we were able to observe different kinds of wildlife such as killer whales, dolphins, seals and more. The scientists onboard taught us about the preservation of the place and instructed various rules and regulations to follow and showed us spectacular landmarks along the voyage. This place is probably the closest to Space exploration that I’ll ever get to, unless Elon Musk recruits me for his Space X Program that will be headed to Mars in the future. 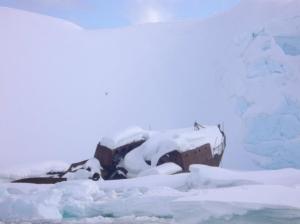 Abandoned ship since 1920 – something according to the Expedition Leader.

Aside from the Antarctic visual thrill that I will forever be grateful for, my observation and thoughts wandered frequently, especially when I was out at the weather decks, staring at how vast this place really is and I questioned the possibilities of perhaps another civilization that may have existed here before. Some articles that I have read, suggest that Atlantis, according to Plato, may have been Antarctica all along, as interpretation and translation has been lost throughout time.
What could have this place looked like hundreds or thousands of years ago? 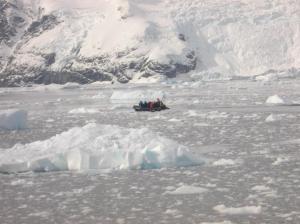 The Zodiac is what we use when we disembark the ship in order to get to our landing zones. 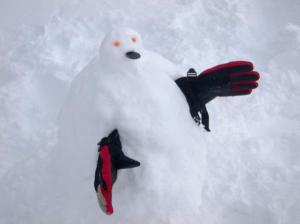 An Alien?! Nah, that’s a lil’ snowman we made with my earplugs and gloves lol

According to alternative history researchers, there was an event called Operation Highjump, a secret mission a few years after World War II as US Navy battleships headed to Antarctica, in which their mission was to infiltrate the Nazis of the Third Reich who escaped Germany carrying along with them advanced technology and may have possibly built a base in the continent. There were reports from military personnel describing UFO’s counter striking the ships. Admiral Byrd, the highest ranking officer of the operation, told reporters in Argentina, that the crafts  flew at such high speeds, and the way they maneuvered were described to be out of this world. 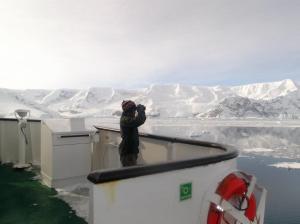 Starboard (Right side) viewing on the weatherdecks on an early morning.

Along the lines of Ufology (The study of UFO’s and the Paranormal) these days, researchers suggest that there are most likely extraterrestrial bases underneath or nearby the mountains and suggest that one of them maybe a pyramid, and may probably be one of the reasons why there is a US military installation in McMurdo Station at the southeastern part of the continent, in order to monitor the activity of what is going on down there. 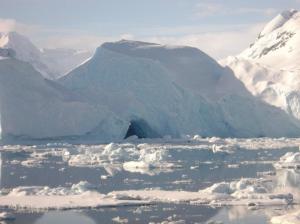 Took this photo while outside. “Is that a cave right there?”

Could it be possible that there is an extraterrestrial presence in the southernmost continent? Given the size and most of the unexplored territory that it encompasses, perhaps it is probable. Time will soon tell. Happy Feet and his penguin buddies may know something that we are just beginning to learn and understand, beyond all the beautiful landscapes covered in ice and snow at Antarctica. 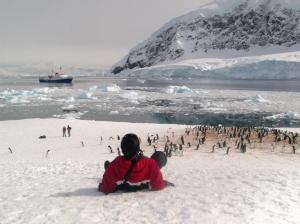 8 thoughts on “Are There Aliens at Antarctica?”