Four years ago, from August 2011, right after graduation from the university I went backpacking to South America for three months, armed with all the Spanish language and Hispanic culture classes I have completed from school plus the extra dinero that I saved up for over a year. Adventure time it is!  #Vamos (Let’s Go) 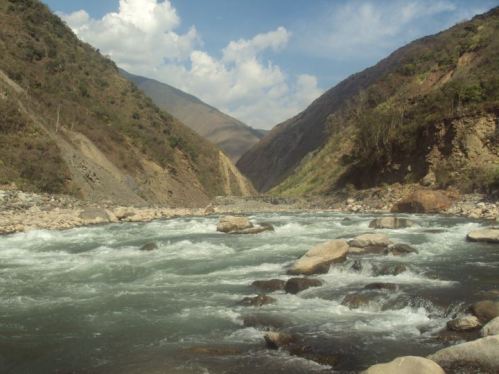 Perú was my first stop. Right after heading to Lima, I took a flight to Cuzco, the “Imperial City” in which the historic capital of the Inca Empire that lasted from the 13th into the 16th-century until the Spanish conquistadors took over the city led by Francisco Pizarro, as  they looted their golden treasures throughout their reign.

From Cuzco to Machu Picchu is roughly miles 50 miles (80 Kilometers) away northeast crossing through the Cordillera Occidental de los Andes (The Andean Western Mountain Range) and I signed up with a travel/trekking company called The Inca Trek Operators which also  took our group on fun excursions, activities such as biking, rafting through the Urubamba river and ziplining as we headed northeast through the Andean landscape for three days towards our final destination. We also visited and took part in native ceremonial practices, activities that include chanting, dancing, playing various kinds of musical instruments and most importantly offering Chicha (Corn Beer) is integral to the worship of the spirits called Apus that live inside mountains and the indigenous community encourages its visitors to do so in order to receive their blessing during the journey.
Machu Picchu which means “Old Peak” from the native Quecha language in the region was discovered by the American Archaeologist Robert Bingham back in 1911 with the aid of locals showing him the ruins. His best –selling book “The Lost City of the Incas” is one of the reasons why there are swarms who flock to the site every day as it was entitled in 2007 as one of the New Seven Wonders of the World. Not surprisingly it is also South America’s most visited site for tourists. 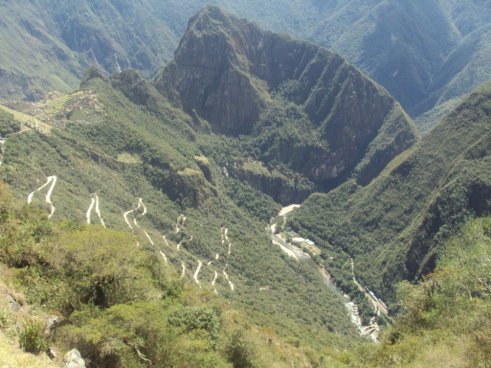 The place is so massive that it actually has two summits (The other, Huayna Picchu, which means “Young Peak is a little over 1000 feet higher). Machu Picchu with an altitude of 7710 feet (2350 meters) is more like an abandoned citadel. The site extends over a 5 mile distance, with thousands of stone steps that link it to numerous levels combined with the terraces which leads to houses, temples and observatories. 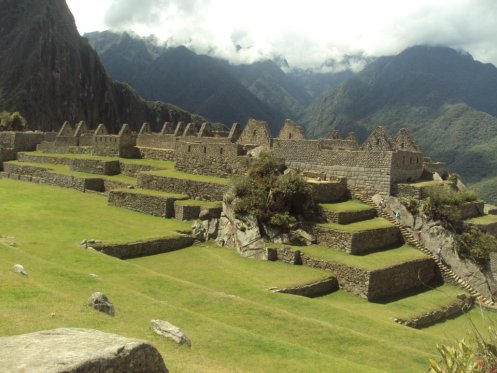 There is no written record on how the builders constructed this ancient landmark therefore archaeologists and historians can only speculate what it stands for. The stone building techniques and how precise they are continue to baffle anyone. Not too far from the site, there is a rock quarry that they may have used to transport the stones and put them in place and it has been agreed among academics and independent researchers that they did not use any mortar at all. I’m quite certain that whoever engineered the buildings were using more than copper chisels as it is too accurate that there are many formations that you cannot even put a piece of paper on the cuts themselves, not to mention moving these gigantic boulders to their almost inaccessible location.

The majority of the people in my group left at noon since they have been climbing too at dawn in order to catch the sunrise plus with the elevation sickness at bay as it is common for individuals to  faint going upward as guides advise visitors to chew on some Coca (Which Coke got its name from as they added ingredients to their soda back then) leaves. Doesn’t quench the thirst though.  At this altitude it is best to carry extra H20. 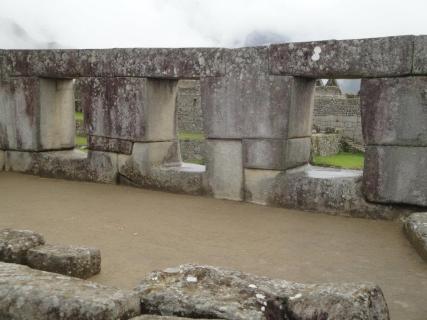 The Temple of the Three Windows

There are more sites within the Inca Trail which means more hiking upwards as I continued on towards sundown. Landmarks such as Intipunku (The Sun Gate) the Inihuata Stone, a sundial, including the Temple of the Three Windows which local legends indicate that this is where the builders left their mark.  These areas are called the sacred district and this where the Incan descendants still come up here to worship the Great Spirit of the mountains wishing  to receive their blessing. 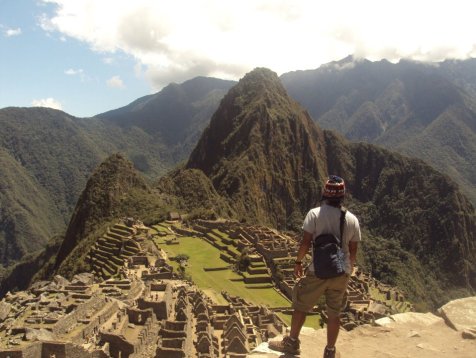 “Will we ever know the true purpose of this mystical place?” Its beauty and mystery still stands as a testament of so much that we need to discover.