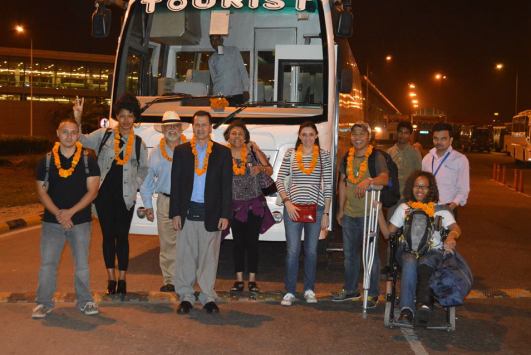 From April 12th till the 24th of 2014, The National University San Diego School of Business and Management tour group went to India for the first time and embarked on an international experience excursion, visiting the nation’s leading commercial organizations such as the Tata Consultancy group and also engaged with new cultural connections as we were led by Dr. Juan España, the department head of the MBA International Business program. I have made presentations and studies for his class beforehand about the country which contributed towards the completion of my Master of Globalization Management (MGM) degree when I graduated back in 2013. This was definitely a ticket for me to apply what I have learned in the classroom and of course, be able to explore and see archaeological sites along the way! (Insert traveling smiley with the airplane image here). 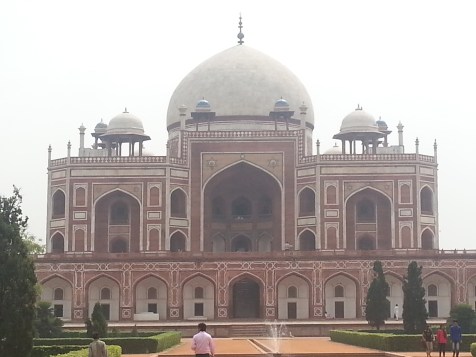 One of ancient history’s greatest civilizations, India entices her curious onlookers that are eager to understand rather than judge on the first impression, going beyond the usual touristy narrative of how deprived the country is at its current state. There is way more than that, even though in the most impoverished of settings, an unimaginable mishmash and complexity of impressions and images along with the most vibrant colors imaginable worn by the smiles of her people that welcomes the curious visitor.
We first landed at the capital that is New Delhi, visiting the Bharti Foundation, one of the biggest organizations in the nation that strives to build strong ties around the villages, building schools and facilitating community participation through a sustained support that is vital for a sustainable change especially in the rural areas.
The next day we took the early morning train ride train to see the Taj Mahal, which drew its inspiration from Humayun’s Tomb from the early Mughal Empire that dominated the northern part of the country.

There was so much to see whether we were in the megalopolis that is Mumbai or visiting a ceremonial site in an area within Bangalore, every Indian town just simply pulsates with life as the hustle and bustle of people mending, buying, selling, haggling, (I got a discount on the red shirt that I am wearing on my profile pic) plus we’ll never forget the thousands of peeps waving at us with a smile as we drove through on our bus route. 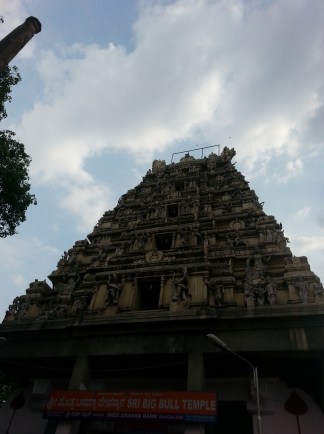 Temples like this one in Bangalore, resemble ancient flying machines. according to the Indian epics of the Mahabharata

What I’ve observed in the seventh-largest country in the world is that it is so ancient, as it shows upon their buildings and monuments not to mention that their geography is like a 100 nations, speaking countless languages along with the pantheon of gods that are very present, particularly in Hinduism. 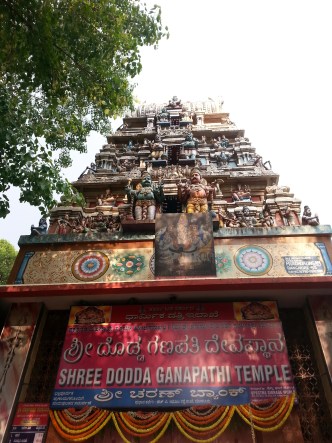 Not surprisingly, the question of extraterrestrial life is pretty much widely accepted here. When our group was on a private full-day tour of Hyderabad, the capital of Andhra Pradesh, at the site of the Quli Qutb Shah which one of the monuments has a dome-shaped top in which our guide after explaining the construction and purpose of the building, I quipped the word “Vimana” a Sanskrit word which means a flying ship according to the Indian epics of the Mahabharata and the Vedas, considered to be the official historical record of India. The guide looked at me smiling and asked: “You’re one of those researchers aren’t you?” Winking emoji ON 😉 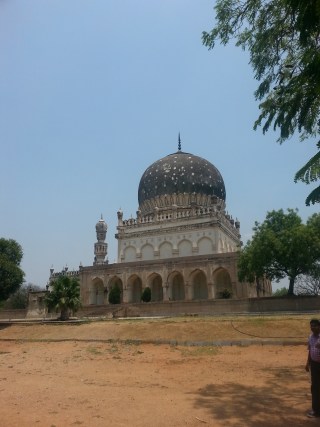 They say traveling is the best education and it is definitely more than what a college credit can ever mark my grade as a lifelong learner. For this experience I am quite grateful and will definitely return to this treasure trove, exploring more archaeological sites and have fun along the way. Until the next adventure that awaits. Incredible India, Namaste. 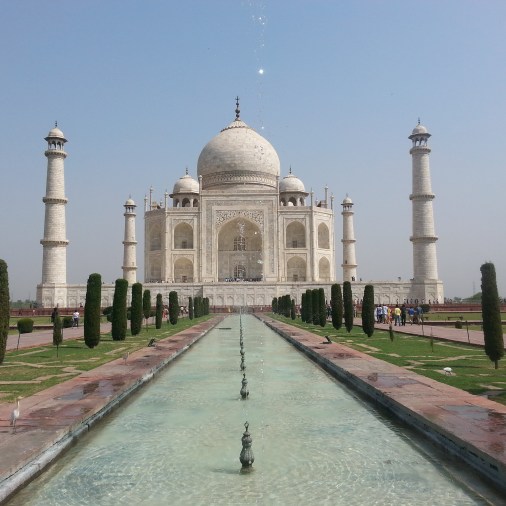