“What does it mean?” This question usually scratches an individual’s thought process whenever he or she is facing these beautiful remnants of a time long past that has slipped beyond our understanding. 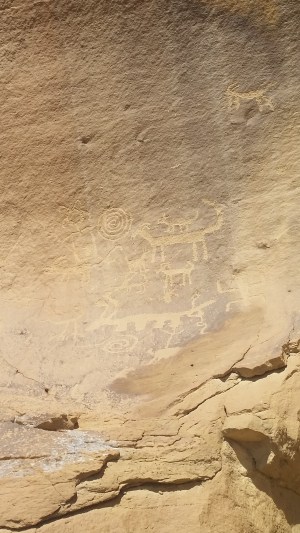 Petroglyphs are images and designs made by engraving, carving or pecking away the dark layer of rock varnish on a rock’s surface to reveal the lighter zone underneath. Images can be of varying depths and thicknesses. Other images can be “incised” by some sharp tool usually a knife or an ax. In general, archaeologists believe that stone hammers and other stone tools were used to create the petroglyphs. A stone hammer could have been used directly on the boulders, or it may have been that two tools were used like stone versions of a hammer and chisel. They refer to these methods of production as direct and indirect percussion in order to communicate their visual experience during that period. 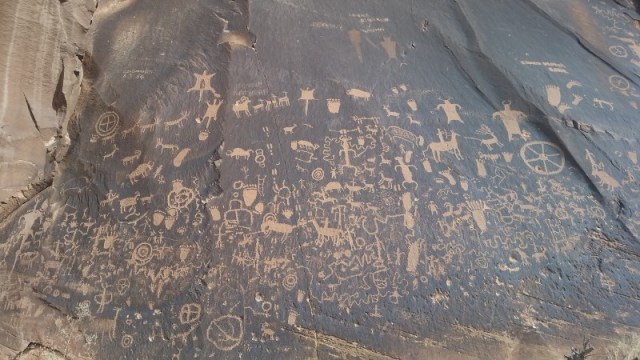 There are two of types of Petroglyphs: First are the anthropomorphic figures, which resembles human-like features with the hands and legs, torso and head within the image. Second are zoomorphic characters, which are identified as animals in the area which consists of birds and other wildlife such as buffalo and deer. Then, there is something else. When we went to investigate the Legend Rock Archaeological site in Southcentral Wyoming, there are some petroglyphs that are classified as the “Dinwoody” tradition and are located only in the Big Horn and Wind River Basins west of the Big Horn River. They are en toto (completely) pecked and some are often of large human-like figures with headdresses with an unusual amount of toes or fingers, with some upside down shaping and is accompanied by some pattern of interior lines within the torso. According to archaeologists through the results of modern dating techniques that include radio – carbon dating of charcoal and organic material and plus the dating of material around the petroglyphs have yielded test results from 11,000 years before present, which dates way back in the early Archaic period that is around 8000 B.C – 6000 B.C. 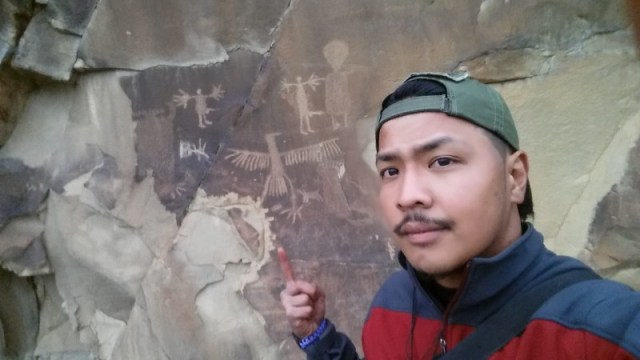 There are plenty of reasons why the natives made petroglyphs. Some images were possibly made for religious purposes and most likely has a deep spiritual significance. They do tell a story and may even record an event. One thing I’ve observed through hundreds of rock art I saw in the Southwest and the Great Plains states is that they are usually carved on the side of a hill or a mountain where they probably witnessed something that they most likely were motivated to carve their personal experience to something concrete. We do that as a society as well don’t we? For example, What if we saw something in the sky? Wouldn’t we best describe the moment through our visual memory in the frame of reference in our language and technological lexicon to write and illustrate it in paper instead of a rock surface, or nowadays we would probably take a selfie first or two with the object present at hand. Most likely the expression unified the members to mark the occasion within the territory. No such thing as tagging someone on the group photo back then to be added on their Facebook Timeline. 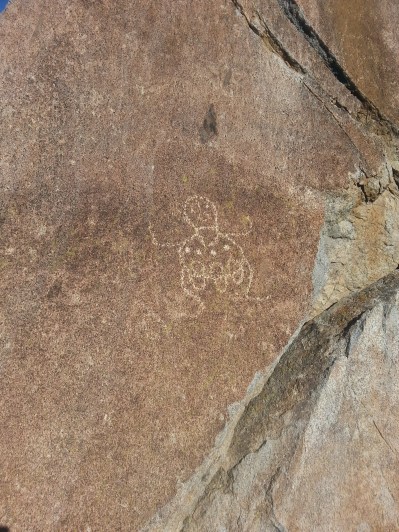 What an image appears to be on the surface, may be different from the meaning it had for the person who pecked the image into the rock in which we can only speculate what their significance was. Some meanings are still known, others are forgotten but are still revered. The deepest directives are closely guarded by today’s native peoples and it is up to the individual to interpret the message that echoes through the ages, still standing in stone. 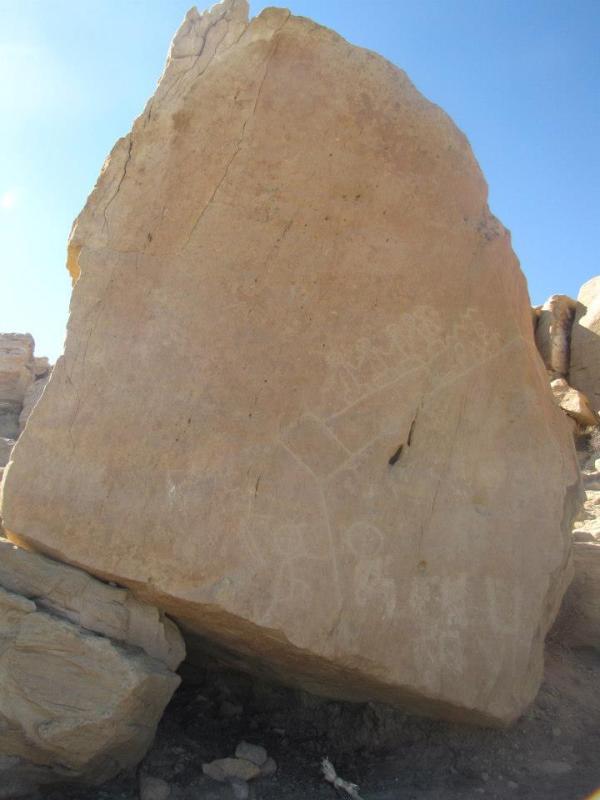